We went to see DS. & FDiL. last weekend to visit said place - as well as ooh and aah over the lovely engagement ring!

Both FDiL. and I had organised things for a picnic lunch and Saturday dawned bright and breezy. The temperature was just right. S. and M. had their first ride on a tram. It was unfortunately one of the oldest and noisiest. Other than a whimper at the beginning, M. settled down reasonably well, helped along by masses of cuddles for them both from everyone on on the bottom tier of the tram! 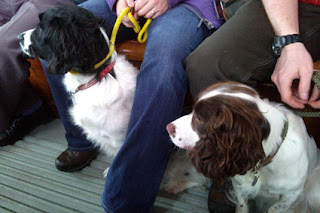 Having ridden to the top, we got off halfway down to walk along the Woodland Walk, a beautiful area. Troll coming to great you at the bridge. 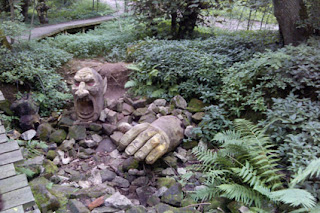 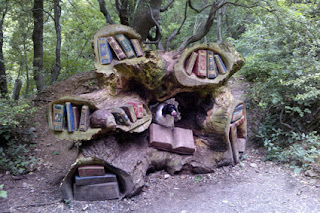 Once back at the bottom, we watch the parade drive by but were in the wrong place to get good photographs so just wandered around the bottom, looking at all the wartime clothing and items. 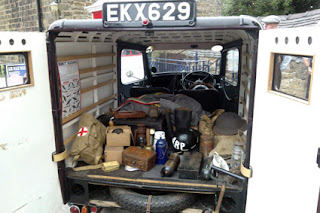 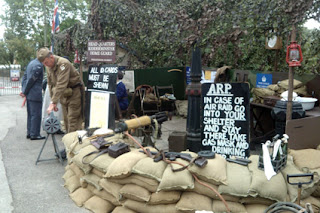 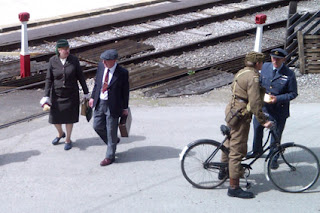 A spiv and his good lady being interview by the police! 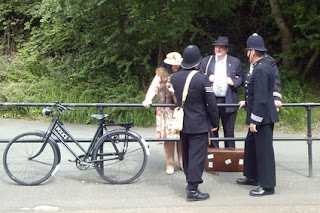 Outside the Red Lion public house 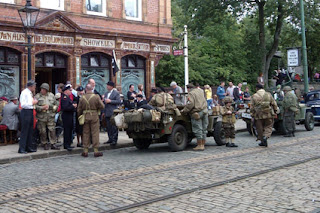 We enjoyed our picnic and both girls were good in not asking for food - they know better. Bothered by a couple of wasps but after being swatted, we were left mainly in peace. Arrived home very tired and had chips for a late tea before going to bed early.