Welcome to my new followers via Bloglovin - Lynda Harvey and Jenny Smark.

Over the weekend I was busy on Saturday baking carrot muffins: 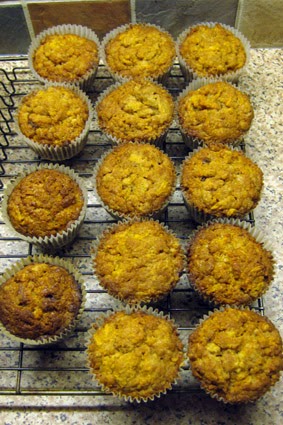 Two lots of four muffins were frozen to help resist temptations. Two loaves of bread using rye, wholemeal and white flours were made, one of which was frozen: 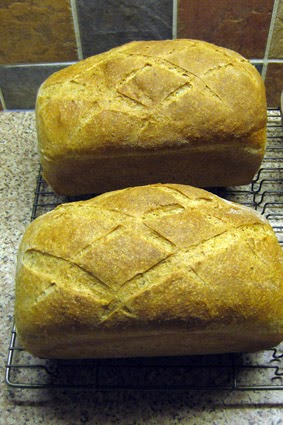 Sunday dawned and it was time to use up my last half beef chuck joint. It weighed around 1 1/4 pound once minced. It was browned with some onions, carrots and pumpkin. Half was put to one side and this first batch had peppers, mushrooms and fresh tomatoes added and was turned into two Shepherd's Pies. This was one of them before the potato was added: 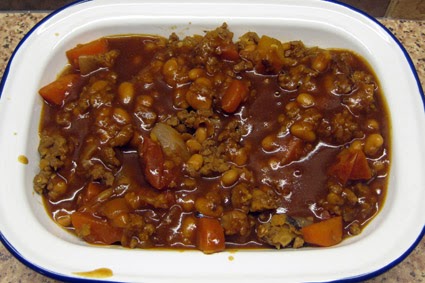 A bit rough and ready to look at but the potato had gone cold by the time the base had cooled, making it difficult to do a nice topping: 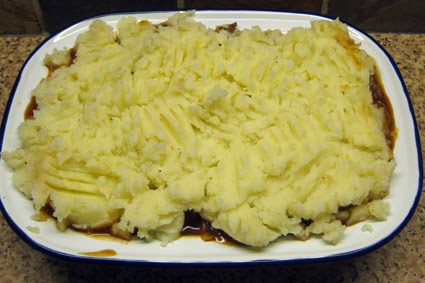 We had one for tea last night followed by stewed apple and home made yoghurt for supper. The other half of the meat had more things added and was turned into two batches of chilli con carne: 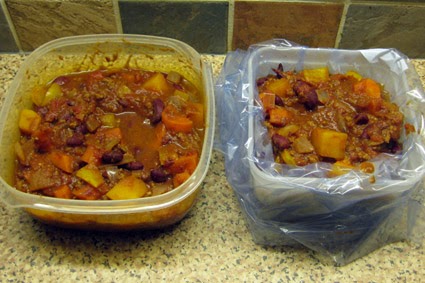 We shall have one of those for tonight's tea, the other half of both dishes have gone into the freezer. So then to recap, 1 1/4lb of mince, lots of old vegetables, 4 meals for 2 people - not too shabby methinks!