First of all, welcome to my two new followers via Bloglovin - Jill Davidson and Elaine Rickett.

Lasagne is one of a few dishes that I never buy or eat out. I suppose the same goes for any dishes based on mince - one piece of gristle and I throw up!

Anyhow, such an oddity to one side, I made some lasagne mince base, some white sauce and some pancakes - lots of pancakes (well DB cooked them at least!)

DB and FDiL are coming soon to chose their new puppy so I thought I would make us a pancake based meal.

When 3 pancakes had been made, a cardboard template was placed on top and 3 oblongs cut out to fit individual foil dishes: 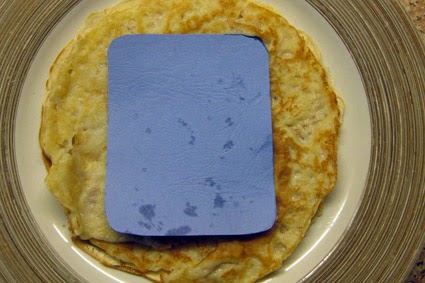 A lot of work you might think but there was method in my madness:)

Layers of sauce, followed by a pancake were duly put into each dish: 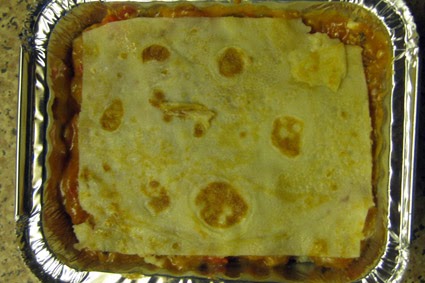 The final layer was home made white sauce and a good dusting of finely grated Grana Padano cheese: 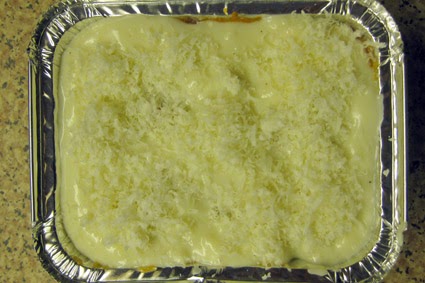 In the end, we had lots of chunky meat sauce and pancakes leftover so managed to make a round lasagne for two evening meals. The first we had last night with a jacket potato and home made coleslaw. The second bit will be for tonight with another jacket potato and roasted vegetables: 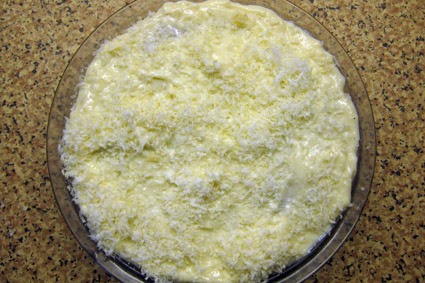 So... what did we do with all the leftover pancakes bits from cutting out the oblongs - see - told you there was method in my madness: 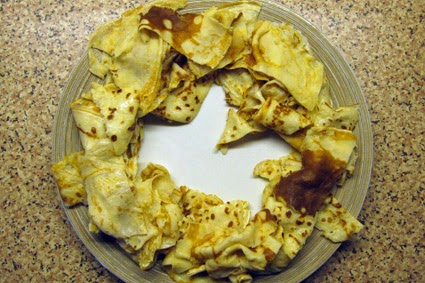 They were microwaved, tossed in lemon juice and sugar and we had them for a pudding! Yum yum...
The large round lasagne and 4 foil container versions used 1lb of mince for those 6 meals - not too bad really.