Making a new batch of faggots

First of all, welcome again to Frugal Mummy as a 'new' follower, who is having tremendous bad luck with her blog continually disappearing.

The other day, I bought all the ingredients to make both faggots and our version of meatballs.
I used my recipe which you can find on a post from 28th October 2013 (an adapted version by Froogs!)

HOWEVER, I did decide this time not to put the gravy on the faggots after 30 minutes. Instead they were roasted in the oven for the full 45 minutes - turning halfway through to get them to not stick too badly. 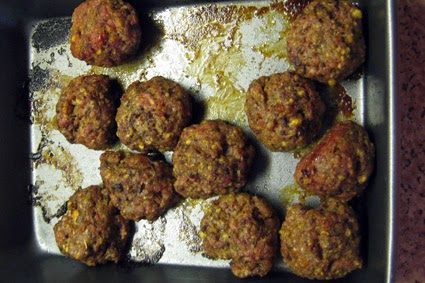 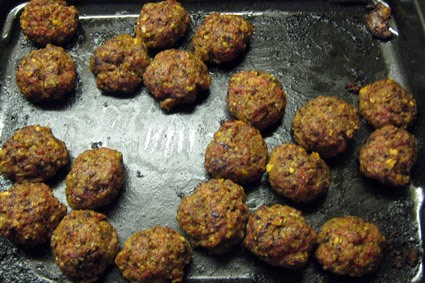 They were put onto a plate to cool down: 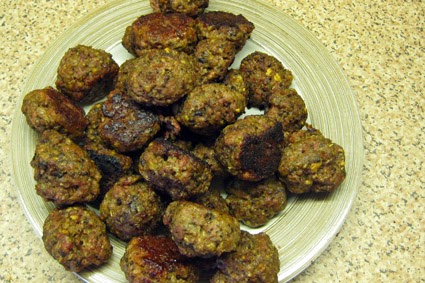 Then packed into foil trays and frozen without their gravy, as the last couple of times we have frozen them in their gravy, once thawed, we found them difficult to reheat without turning them into mush so hope this new way will be better: I made up the 4 pints of gravy, poured half of it into the two trays used to roast the faggots, scraped them around to pick up all the sticky bits etc, then poured it back into the saucepan. It was divided into various containers until cold then poured into freezer bags. Each bag held 3 ladles - enough for 2 people) plus one spare for another day: 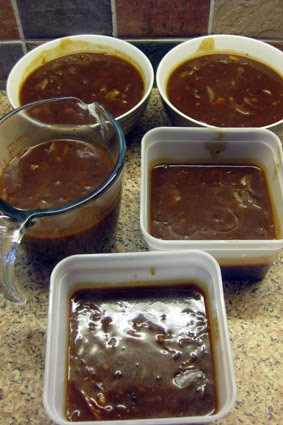 The ones still on the plate were for our tea! 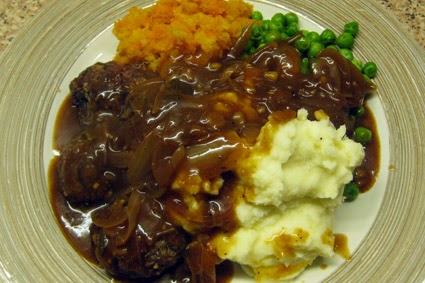 We managed to get 4 foil trays (plus gravy) and enough for tea as well. Not necessarily the cheapest meals we make but I know what has gone into them, know we will enjoy them and for me, that is worth more than gold!