Trialling a new but un-expected...

We had to nip to town the other day to do a food top up and treated ourselves to a coffee and cake. Next to the payment area were bags of yesterday's scones - £2 for 4 and they were huge, the photograph below doesn't really show how large they were but they measured 4" across: 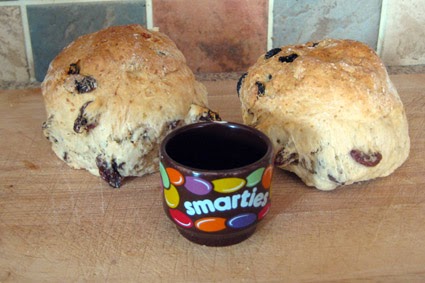 We microwaved one the next day and shared it with a cup of tea. Two more went into a new pudding, which I hoped would be somewhere between a crumble, sponge and bread and butter pudding.

I melted in the microwave, a good knob of margarine, and once mushy, beat in an egg and a mug of milk: 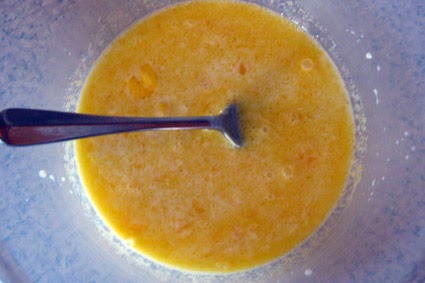 Then 2 of the scones were roughly cut up: 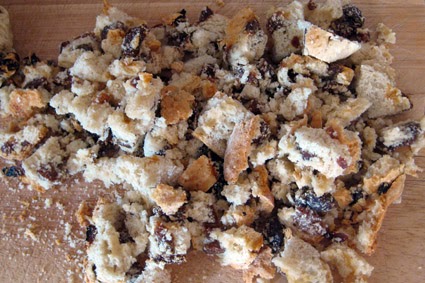 Stirred into the liquid and left to soak it up for about half an hour: 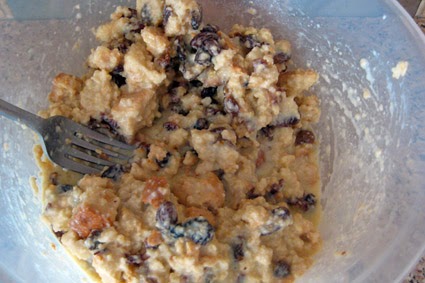 Oh, sorry, I should have said that the night before doing this, I thawed a 1lb bag of raw gooseberries, stirred in 3 tablespoons of sugar to coat them and added them to a dish, you could do this pudding using any fruit you like of course: 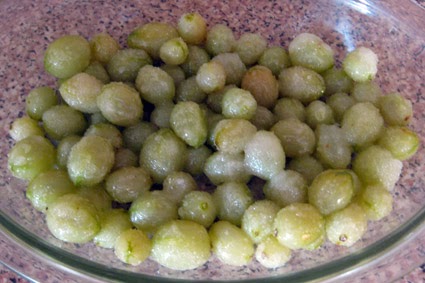 Once the scones mixture was as soaked as it was going to be, it was added to the gooseberries: 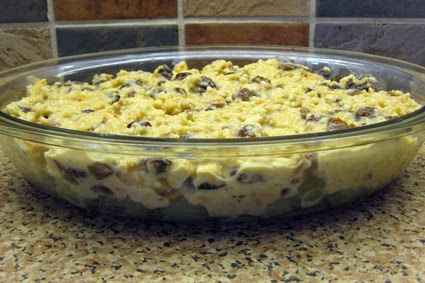 As I was making some jacket potato, it went in once they were finished, into a 180C oven for 30 minutes. A light sprinkling of sugar was added and it was returned to the oven for another 10 - 15 minutes: 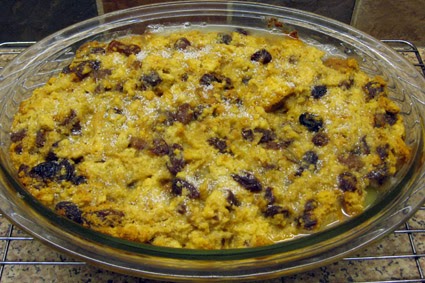 It is lovely. The top is crunchy and sugary like a crumble and bread and butter pudding. The base is soft like a sponge and the gooseberries were just acidic enough to not be mouth puckering!

We shall eat it over 3 nights with some custard:)