Today was N day. After hearing my lovely FDiL mentions she was going to make some nettle feed, that I would have a go. I normally make comfrey feed, but it is a little early at the moment for that.

Anyhow, armed with secateurs, thick gloves and a small tub, off I went around my immediate neighbourhood to find some nettles. Our local gardener had been around 'the cut' and trimmed most things short but luckily, the nettles were springing back up with a smile on their faces!

A few minutes later I was back in my garden, chopping roughly the leaves and stems into an old tub. There seems to be slightly differing ways of making it but here is what I did.

Chopped and bruised nettles rammed solid into a tub. Top up with water (I used some out of the water butt but you can use tap water). 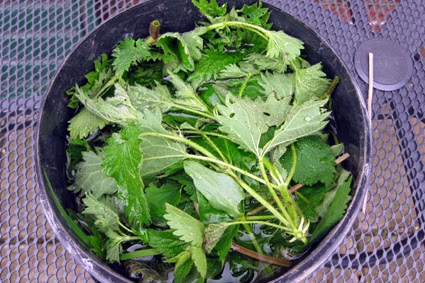 As mentioned above, you can use anything that is water-tight. 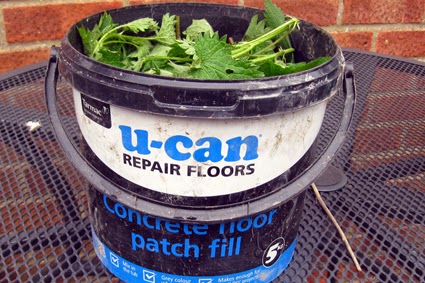 Put some weights on the top. 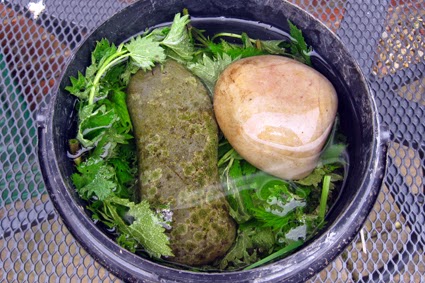 Then most importantly, a lid. DB kindly stencilled an N on the lid to let me know it was nettles! 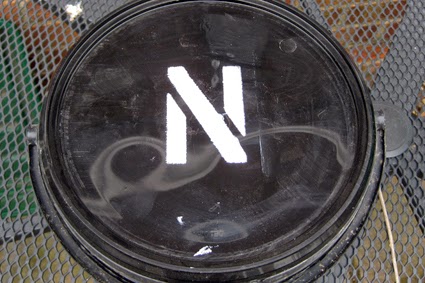 Leave for 4 weeks. This stuff stinks.

I must admit, I get so embarrassed using it in the garden, if my neighbours comment I tend to nod and remark "they must be spraying the fields again"

Anyhow, once it has steeped for as long as you want, I tend to strain it through a sieve (prepare to baulk), put the leaves on my compost heap and pour the 'tea' into an old plastic milk bottle. This is then labelled with not only the name of the liquid but how much to dilute it by to use.

As I am steeping it in water, I tend to dilute it 1:10 (1 part nettle to 10 parts water). Nettle liquid feed is very high in nitrogen, so is excellent for plants and vegetables which you harvest for their green leafy growth. Brassica's, lettuce, kale etc. There is some debate about it not being the correct thing to use on vegetables that you harvest 'fruit' from such as tomatoes, cucumbers etc, which need a higher potassium feed.

For that, I make comfrey liquid. Sometimes I mix them together in the same watering/spray container. More about that when I make some.

Sorry, I forgot to say, only pick nettles from the more shady area's, as those in the sunnier patches are used by butterflies and moths to lay their eggs on!