First of all, welcome to Debs via here plus Sheena and Bnichols via Bloglovin!

By the weekend, DB had peeled, cored and sliced his way through most of the apples. 8 x 1lb bags were frozen for later use. That still left these few: 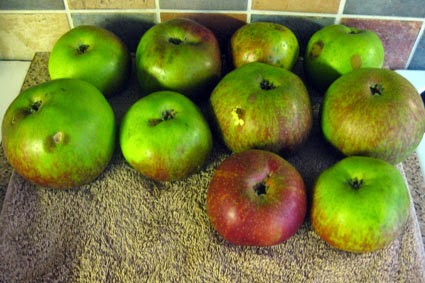 I had done a half sized trial batch of apple and lemon curd: 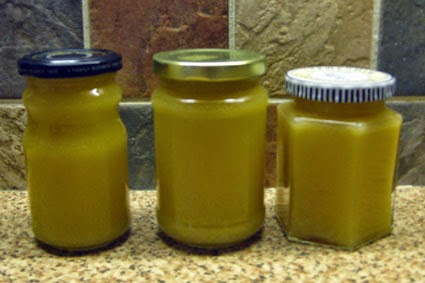 One went as a thank you to R for his lovely apples. I stayed in the kitchen after DB had done his bit, making up a half batch of granola: 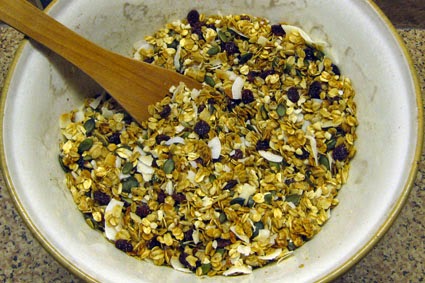 Making a lasagne for tea and a snack the next day: 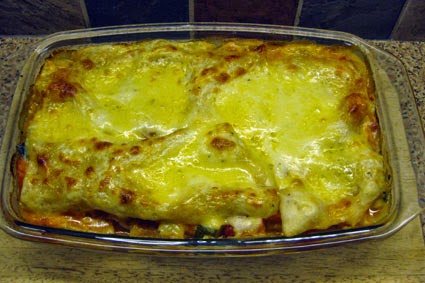 For a change, I used a supermarkets own bog standard , non-egg lasagne sheets, awful, shan't use those again. Overall it was tasty having roast vegetables in it. Trying something different,  I made a plain white sauce and just grated cheese on the top, worked out fine. It was just the pasta sheets which were hardly cooked, a bit too much al dente!

Ah well, you live and learn!

Another 2 x 1lb bags of apples were squirrelled away for winter, we ate the last few with some custard over the weekend.