We rarely eat poached eggs as no matter how you do them, they can be just a tad fiddly. The floating silicon poachers were half price so we bought some to try.

You have to lightly oil them and crack an egg into each one: 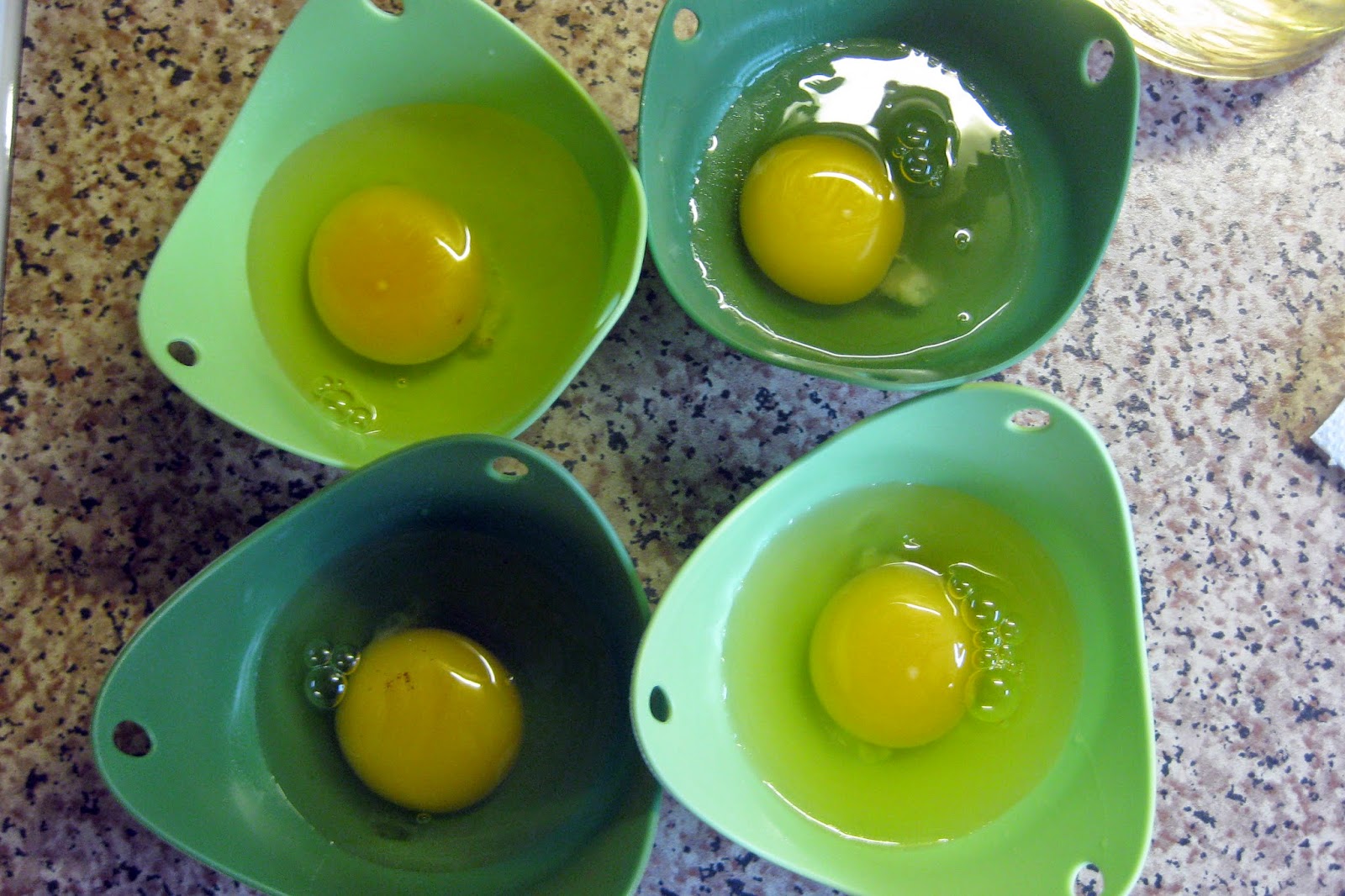 They need to float in about 1 1/2" of simmering water so they do not touch the bottom of the pan and the lid needs to be on: 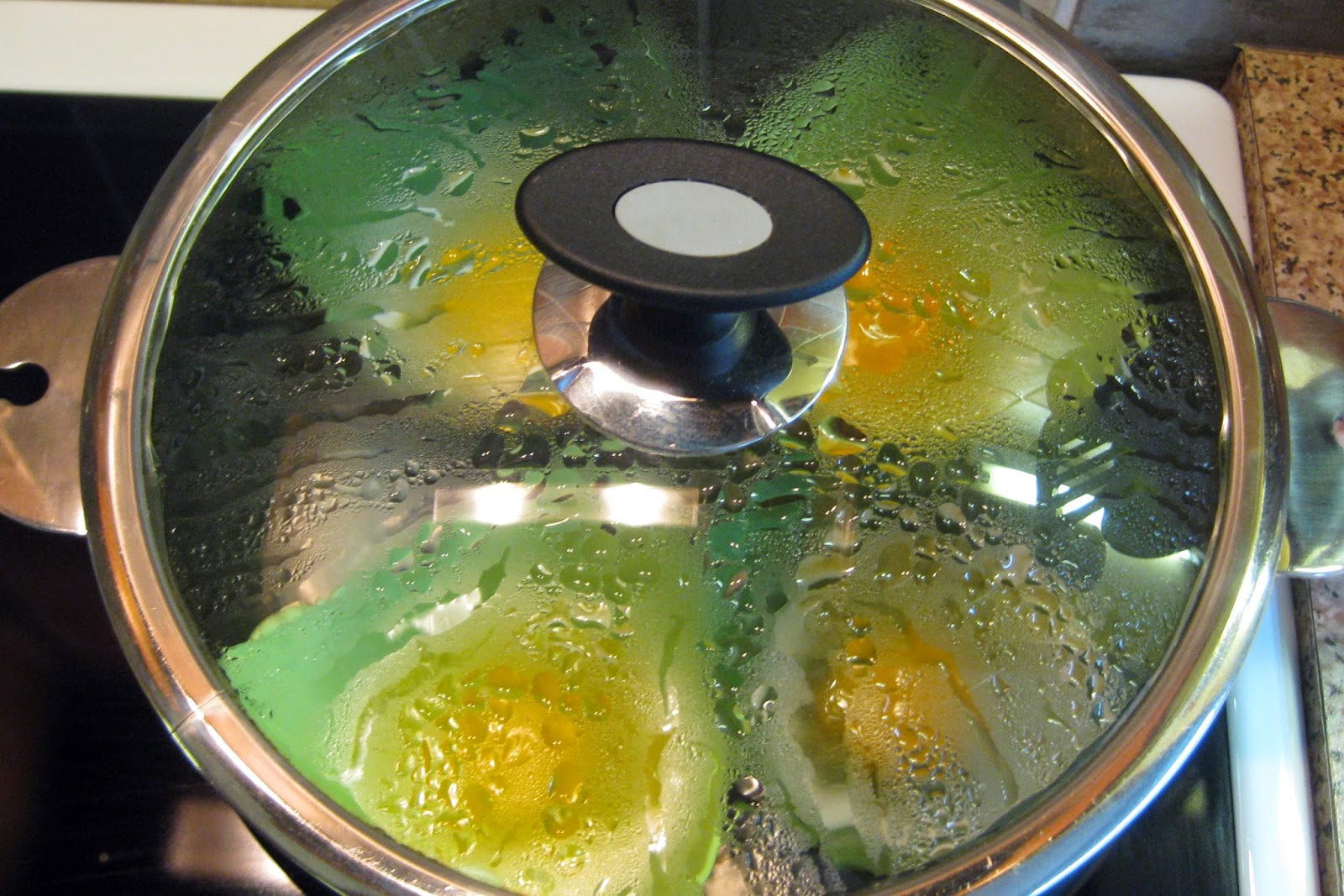 4 - 6 minutes (we needed 6), then they are carefully lifted out with a spoon. The top outside bit of the egg white is released all around with a spoon or non-sharp knife before popping them inside out, onto toast: 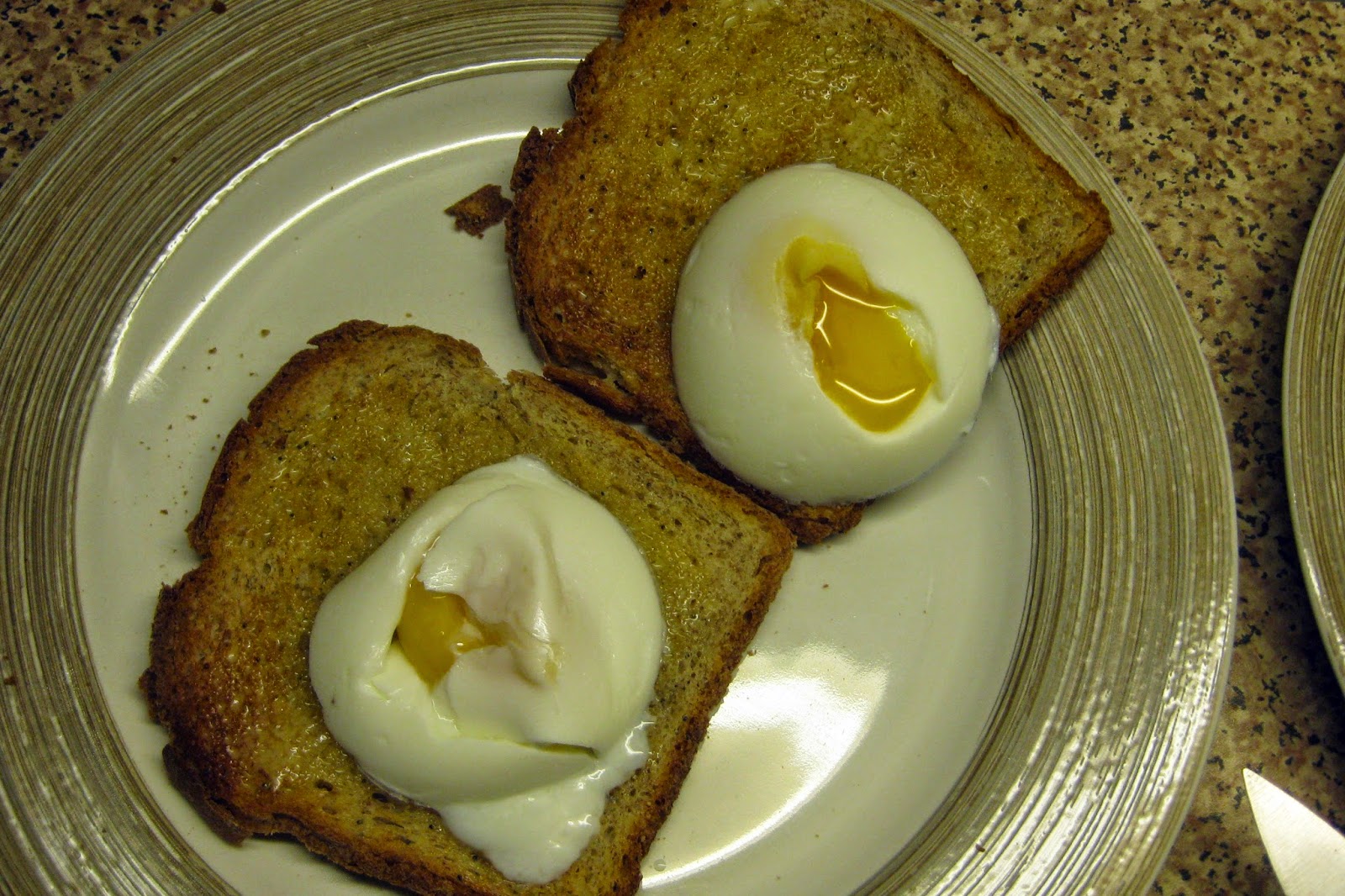 Two came out well the other two not so, it was only when DB was washing them up that we realised I had greased two of them inside out and the egg had stuck slightly to the lettering!

Ah well, you live and learn.