Flowers and potting on!

Yesterday was just glorious - today is due to be wet, windy then sunny!

I took the opportunity yesterday afternoon to pot on my tomatoes, some peppers and the two courgette plants. Despite not sowing until the 1st week of April had gone, they have still grown well.

After two pot changes they are now in the ones they ought to be able to stay in until planted out, with the exception of the peppers which will need potting on when they are larger: 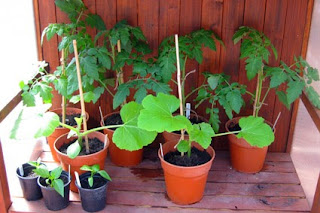 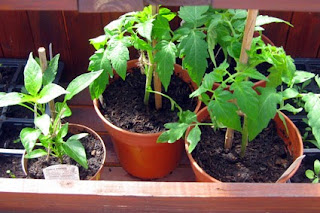 The quince bush just outside the dining room patio door is again in full bloom - marvellous: 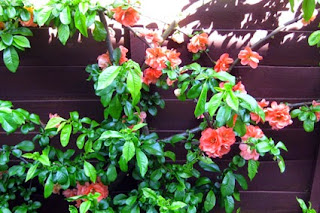 The 4 new pots on the fence above the bins are growing well: 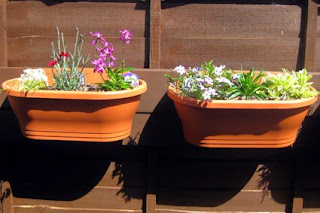 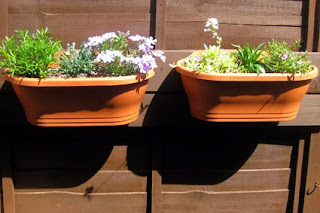 The clematis I planted last year at the base of the oil tank is in full bloom. It had just one flower last year but has many more. I am hoping to not only train it around the tank on netting, but also onto log store 1: 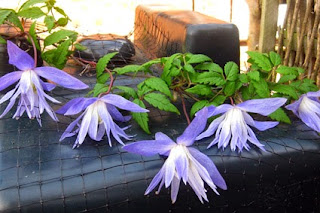 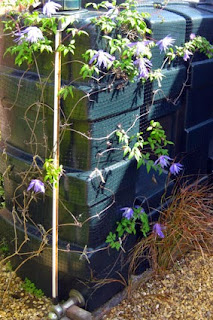 When the flowers have finished, it also gives beautiful hairy seed heads but I am never sure whether to leave them on - any ideas anyone? Flowering this early would normally mean it should be cut back eventually but obviously, I don't want to do this yet otherwise it won't grow where I would like it to.
Posted by Dc at 08:11