Over the past few weeks, we have made and eaten several GF breads with mixed results!

We tried one oat bread version from The Gluten Free Alchemist but didn't have one key ingredient. It wasn't too bad but may have been better with it.

However, we found her original trial bread and made that instead - the recipe is here.
The only difference from this and other breads we have tried, is that it used instant yeast, the kind that stirs into the flour rather than water. Up she rose, not only during proving (very quickly in about one hour), but also in the final bake: 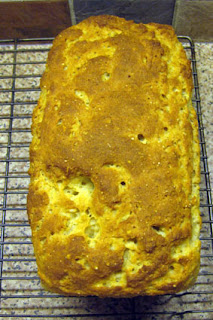 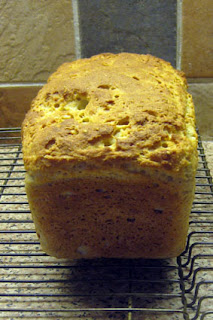 It was practically the same size as my normal bread, also gave us 17 slices, which for a GF bread, is very good!

The texture is springy and just slightly moist without being sticky. It tastes lovely, both as sandwiches and as toast, doesn't fall apart when you use it and was still the same the next day!