These were on offer this week in Lidl. Having never tried them, thought we would give them a go. Each box has one and they were £2.49: 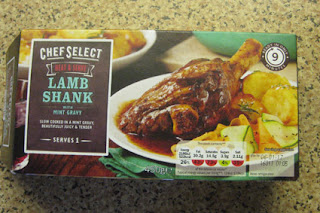 Fresh from the box: 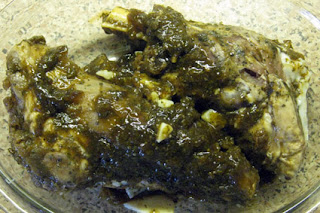 After 30 minutes in the oven: 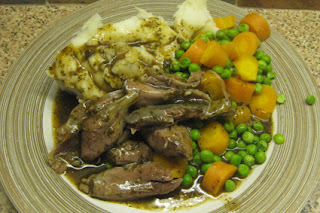 We don't normally eat such large dinners but were using up leftovers of everything else. So then, what did we think?

Well from a meat point of view, good value for money and you could use the bone to make soup. The meat was tender but we both thought it and the gravy (mint) lacked flavour.

Would we use them again - no. Mainly from the lack of flavour point of view and obviously that is just us.

We both said we would rather buy the lamb, cook it ourselves and be able to make better, more flavoursome gravy ourselves.
Posted by Dc at 07:24