We had to remove the tiling covering the pipes to have the radiator changed. DB had to start from scratch for the most part but it is coming along: 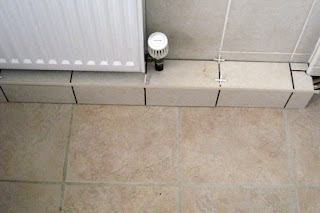 Still got to fathom out what to do with the gap far right. He has started grouting everything in place so hopefully, it will be finished shortly. We still had loads of tiles left from revamping the bathroom years ago so that cut down on the expenditure.

I baked some bread, despite the heat. We have had shop bought for a few days and have had enough of it: 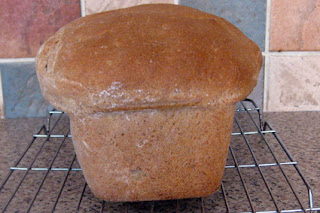 I forgot about it whilst it was rising hence its wings. We don't mind these as they get cut off before we slice and freeze half of it. They are a nice treat for us with butter and homemade jam!

Email ThisBlogThis!Share to TwitterShare to FacebookShare to Pinterest
Labels: Baking, Make do and mend