This one is completely different. It was a nightmare from start to midway then became easier, elements of it were quite difficult to get to grips with though. After cutting, and starting to sew, I realised I had made a mistake on the depth of the ruffles parts, cutting them as cm rather than inches.

The middle band, needed to attach the bottom ruffle, was originally white but didn't look or feel right so was exchanged for the current one.

It has a covered elastic hair band and button on the back to close it and overall, especially now it is finished, I am rather pleased with it: 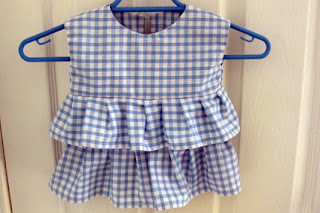 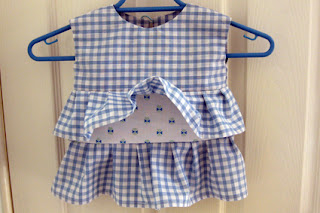