I have been attempting some general colouring on some old gnome stamps whose dies don't quite fit properly. I have sent for some new ones and hope they are better.

Shading is mimimal as I don't yet understand the concept or how to do it properly but hopefully, I will improve. Although the colouring is basic, I also hope to learn how to blend the colour by melting it slightly with oil brush cleaner - apparently, the technique makes the colour more intense - watch this space!

Never to just do one new thing at a time, I also came across a tutorial on how to make an element on a card swing (rather than slide which needs a die), so have also done that with the gnome on an old bit of card to create a sample: 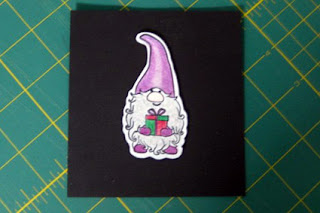 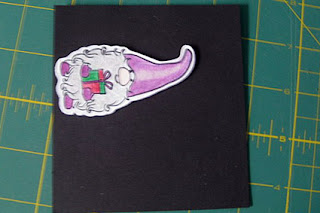 Email ThisBlogThis!Share to TwitterShare to FacebookShare to Pinterest
Labels: Crafting