Welcome to Tracy via here.

It is difficult to know whether this is advertising or not but I certainly have not been paid to write nor given the product free to try!

I probably should have used the recipe from The Glutenfree Alchemist here that uses this ingredient but I did want to try it first, on the adjusted loaf I made the other day here

Here it is cooling - alongside some trial gingerbread: 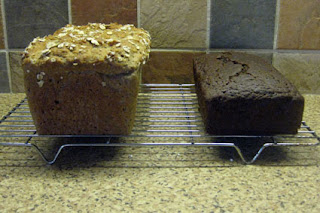 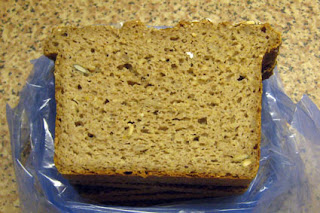 Certainly a slightly different texture although I can't fold it back on itself which is another test. However next time I shall use her recipe which uses the baking fix and see how that goes.

What changes did I make? As mentioned before, I used 40g of teff and 40g of brown rice flour. I halved the zanthan gum to 1/2 a tablespoon amd then added 2 teaspoons of baking fix. 2 handfuls of pumpkin and sunflowers seeds were added along with 1 tablespoon of ground linseed, as I felt it was a still a little too moist. Another time I shall very slightly reduce the water.

Taste is good, feel is good, texture is better and we were able (from fresh) to spread it with butter without it falling apart. Toasted, still good, still tastes like wholemeal. Similar story from frozen but a little more crumbly.

We then made another type of GF loaf - Jillee's - again adapting a little as we went. This one normally sinks dramitically once cool but this time it didn't sink much at all: 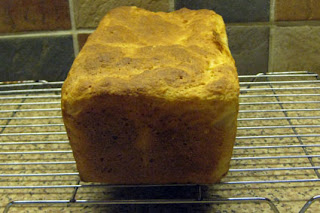 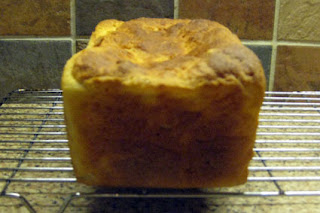 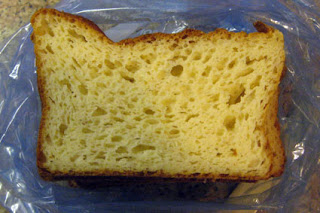 Much better as is its texture. Unfortunately, it still had a tendency to fall apart after being frozen and thawed, so reluctantly, we have decided not to make it again. Onwards and upwards!