Well, I have trialled the style of mixed media I saw and wanted to have a go at, but don't like it at all. I much prefer what I am doing so that is where I will go. These are the best two of my attempts.  Both dulled down after the application of transparent gesso (which also left streaks), it also leaves a matte appearance, but to me, it just ruined them: 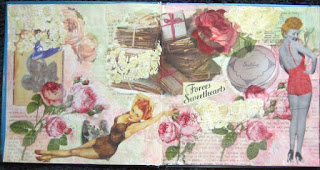 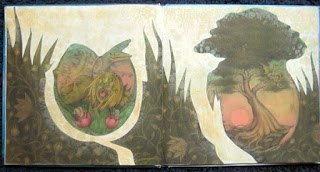 I get annoyed at buying the odd thing to attempt these trials but shall not be doing it again.

An hour was spent in the garden first thing, a big trug of weeds up and dead heading finished flowers. Containers watered and feeding done where required.

The blind along the patio is out but it is a bit windy so may have to be retracted slightly. We have an old duvet that attaches to it and a washing line to give us extra shade if we need to do this.