Next stage of quilting...

Having found that for some unfathomable reason, my square of quilting was too small, I adapted it to fit the pillow I use for my back on the settee.

Another disappearing nine patch was created but instead of sewing the 4 squares back together, I only used 2 and added them to the original square to form an oblong. 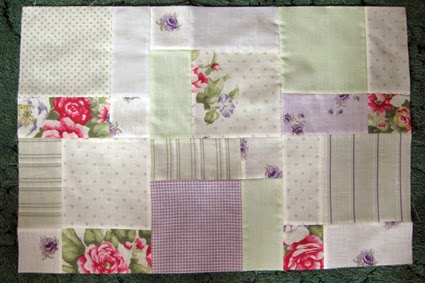 Still a little bit too short on all sides. Next I added a small border, making sure I cut the strips and joined them back together to make it resemble quilting. 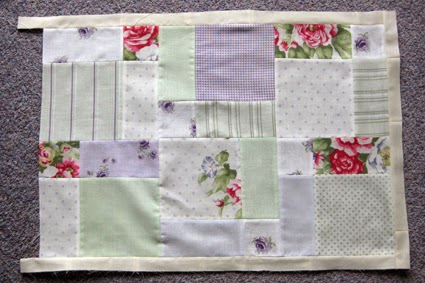 This is where I made my second mistake. The last side was sewn on the wrong way so its seam was showing on the front. Ah well, only 2 mistakes so far, not too bad!

Then I made a short flap to edge the front part of the pillowcase. 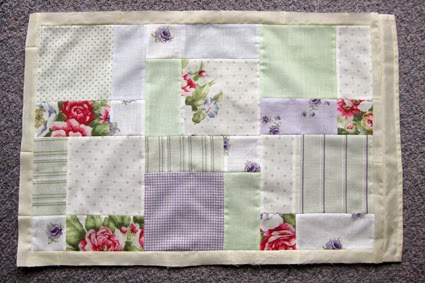 Email ThisBlogThis!Share to TwitterShare to FacebookShare to Pinterest
Labels: Quilting