I had a loaf of bread on its first rise, had looked up (but not yet made) a recipe for cheese straws and a batch of quorn and mushroom chilli con carne was on the go on the hob.

I don't know about you, but when I want to bake anything, especially bread, I like to start first thing otherwise I never seem to get going and things usually go wrong.

One down side to this is that I quite often forget about the bread because I forget to put the timer on. I can visit the airing cupboard for some reason (such as getting a towel, hanging up a tea towel, or knocking the heating on or off.

I look down and there it is, practically climbing out of its bowl or loaf pan (depending on what stage I was at). A climb out the bowl is easier to deal with, as if its climbs over the edge of the loaf pan, you end up with winged bread.

Nothing too bad in that, I cut them off and we enjoy them as a treat, usually spread with butter and home made jam! 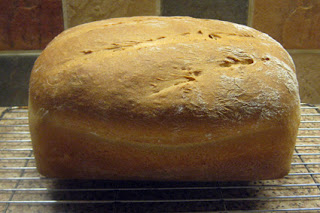 A pan of quorn and mushroom chilli for tea plus 2 containers for the freezer: 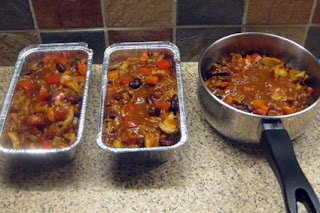 And some very nice cheese straws: 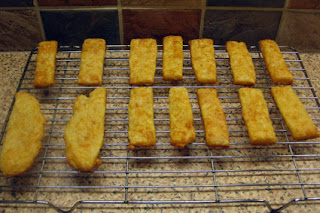 The recipe for which came from this site, however, I did find that 7 minutes was way too short (a mistake perhaps) and I needed to cook them for 14 minutes. I also needed almost 2 tablespoons of water but be very careful not to overdo it, same with the cayenne pepper.