In order to keep my brain active, I like to have a game or two on my computer. For months now, I have been quite attached to Farm Heroes Saga and was 3/4 of the way through its levels (apparently 1750). However, following the latest update, it started messing about.

Prizes earned could not be collected, bonus items won one day, disappeared overnight - it was frustrating to say the least. In a fit of pique, I deleted it, then downloaded it again.

It was a bit of a nause having to go through the tutorials again but I was rewarded by this huge total on one game (still one move to make): 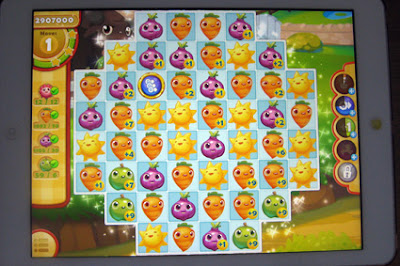