I am lucky to own a Kenwood chef which has a mincing machine attachment, so I mince all our own meat, that way, I know exactly what has gone into the end product.

The fillet was minced and cooked with a diced onion and a couple of cubed carrots, in enough stock to cover. Once cooked, it was drained and the stock thickened with cornflour: 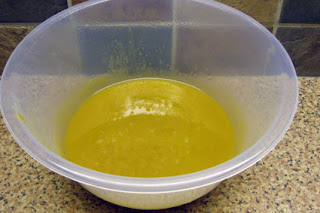 The meat and vegetables were divided into two enamel dishes: 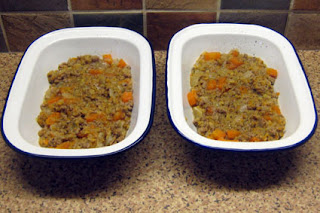 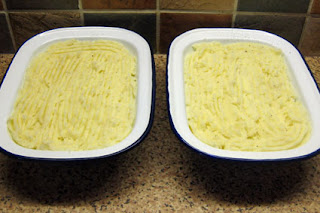 And left to go cold. One was frozen for later use and the other had some cheese sprinkled on the top and baked in a 190C oven for 30 minutes: 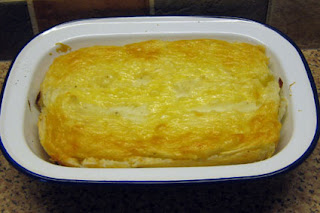 We had half each (and nothing else) with some of the gravy. The rest of the gravy was also frozen.
Posted by Dc at 08:02