First of all, well done Andy Murray. It was hard work and you appeared to not be firing on all cylinders but got there in the end.


My day has started off weird. Had an itch in my throat that wouldn't go away, coughed, gargled then brought up all my breakfast! Not very pleasant that these things happen. Don't feel at all hungry at the moment so letting my stomach have a rest!

As heavy rain was due the other day, we popped off down a lane to pick 10 heads of Elderflower's for cordial. They were given a good shake, had as much of the green stalks snipped off as possible and put into muslin ready to make into a bag. 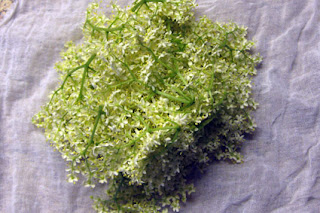 The bag was placed into a baking bowl, had two large sliced lemons cut into it then 1 3/4lb white sugar and 1 3/4 pints of previously boiled and cooled water were added. A plate is place on top to keep everything under the liquid, covered with cling film and left to steep for 24 hours. You will need to stir it 3 or 4 times during this period to help the sugar dissolve. 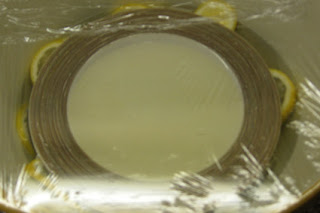 After 24 hours is up, pour boiling water through a men's handkerchief, over a sieve on a bowl to sterilize it. Throw the water away and strain the cordial. 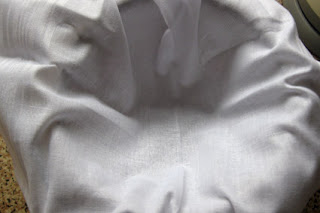 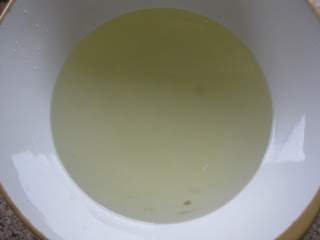 This is what was left. 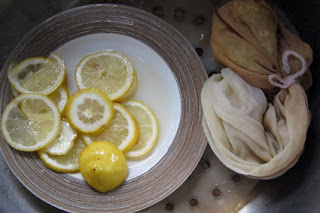 I decant it into plastic milk containers so I can freeze it. Remember to leave a gap at the top for expansion and date the lids. 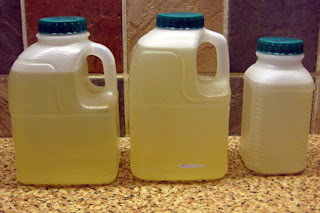 Amendment, I would normally use only 1 lemon and 1oz tartaric acid but didn't have any. It really does make a difference as this batch is nowhere near as lemony acidic but more sweet. I intend to thaw this batch and some from another year and mix them together before freezing again, what a pain.

REMINDER TO SELF FOR ANOTHER YEAR, GET TARTARIC ACID!!!