Cooking with my thermal bag

Welcome to Rae Lange via Bloglovin. Again, thank you to Elaine over at Mortgage Free in Three for the pattern.

Sorry for the delay in this post, I wanted to check it worked properly before posting. So then, what did I cook in it first time around, a large pot of beef, barley and vegetable stew. After its initial cooking period to get everything piping hot, it went into the bag at 10am and came out at 5pm. Despite losing heat due to not enough beads, it was all cooked through, except the swede which was al dente.

I still needed to use oven gloves to remove it from the cooker and although the food was still hot, it needed thickening slightly, so that was done, which also warmed it through for just a few minutes. Not bad at all considering, so next time, all should be well: 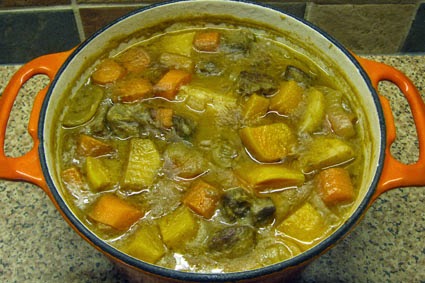 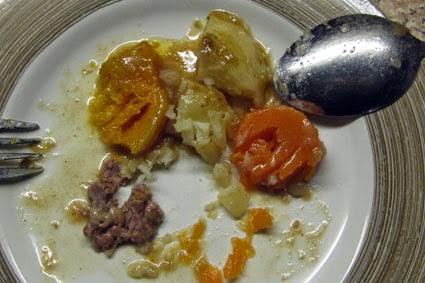 Will I continue to use it, yes I will and did. The following day, I made bacon, leek and pearl barley soup in 5 hours. I had run out of pearl barley and substituted half the amount needed with risotto rice, which was very well cooked, so reckon it would have been ready in 3-4 hours maximum: 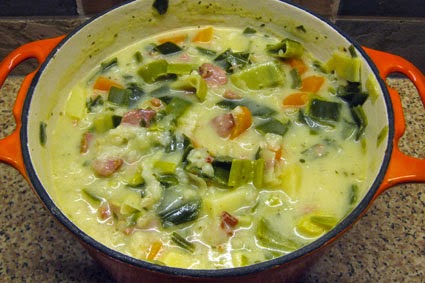 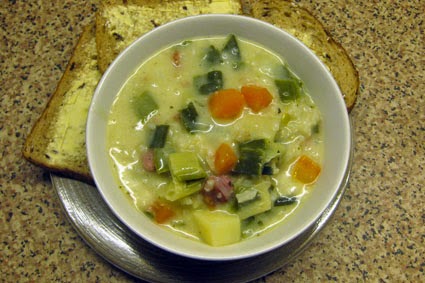 If you are wondering why bother to make one, especially if you (and I) already have a slow cooker, the reason is this. Apart from the first 20 or so minutes of preparing your chosen meal and bringing it to the boil, that is all the cooking (and more importantly), gas or electric you will use.

Despite what everyone says about boiling the pan for 10 minutes, I don't. Once the pan has come to a boil, I simmer it for 10 minutes, stirring to get all parts of the meal hot.


If you don't fancy this version, a different style one (a wonder box) can be found here
This can be stuffed with polystyrene beads or packed with hay.  It makes quite a large box, which can have more than one sized pan put into it (obviously only one at a time).

However, if packed with hay, it might be difficult to wash and if you fill bags with bean bag beads, make sure they are not the new style that dissolve in water.

What about cooking times I hear you ask, well try this site here
There are others as well and I believe Elaine is in the throws of producing a recipe book. I am noting down how long things take, whether they need less or more and going from there (as well as the above site), for guidance.

If you decide to make one, bear with it, it can be frustrating at times but worth it in the end.
Posted by Dc at 08:41