My kitchen smelled fantastic yesterday. I had been in there all morning, making and baking.

First off was some bread. Feeling a little lazy and needing to go out to the Open Studio's in West Norfolk, (where I met the lovely Lynne from Textile Treasury) I decided to let it rise only once: 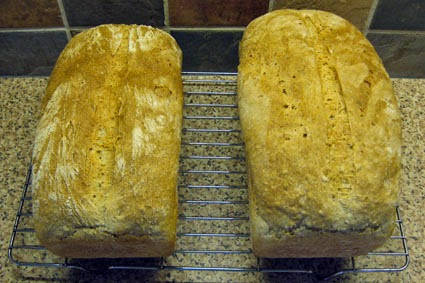 Whilst that was rising, I cut up and roasted a grill-tray full of vegetables - crinkly and some past that stage! Some of the vegetables were kept to one side: 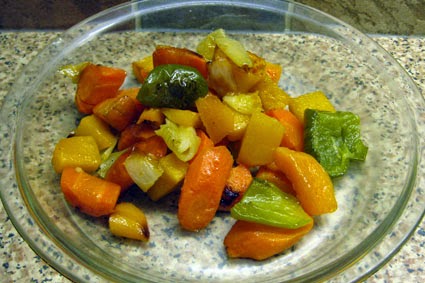 to make a variation on a roast vegetable pasta for tea, with a recipe courtesy of DS and FDiL: 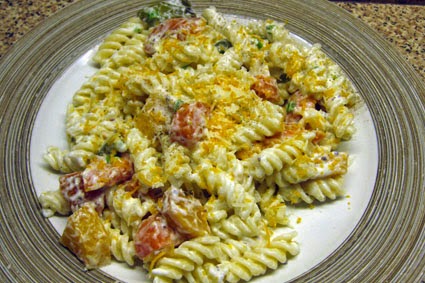 We used just 6oz of pasta between us instead of 10oz, a sprinkling of cheese rather than the 3oz and half the Crème fraîche and mustard. It was yummy so thanks guys!

The rest of it was turned into vegetable and chickpea soup, some of which we had for lunch, with crumpets and a another small sprinkling of cheese (Red Leicester and Parmesan combined): 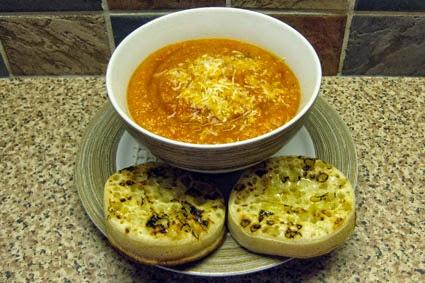