Welcome to Marci Potter via Bloglovin.

I decided to test drive the thermal bag before doing the final sewing, just in case I hadn't filled each segment enough. You can see the temporary blue tacking and orange string used! 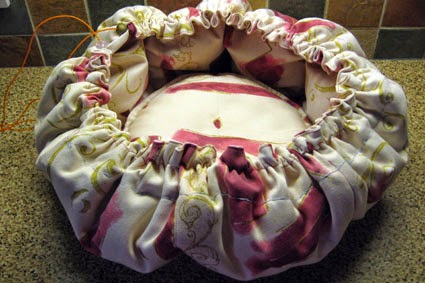 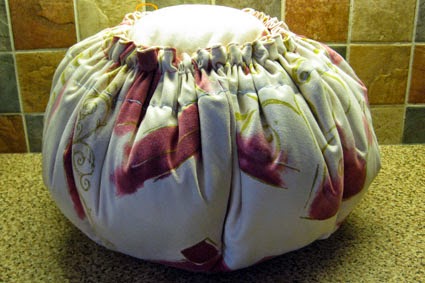 Sure enough, heat was escaping near the top of each segment, due to lack of beads. Each segment had its tacking unpicked in the middle, more beads were added and then tacked again. In the end, each segment needed 1.5 mugs of beads for this sized bag. I also decided to make a larger top padded mat.

The inner circle which holds the beads, was eventually permanently closed, with a nice decorative honeycomb stitch, to hide the rather crude internal zigzag: 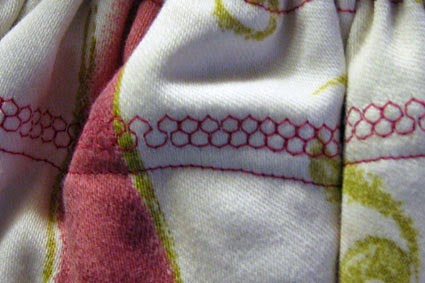 Another problem I had, was that the material strap I made to go through the outer bit to close the bag, was just not slippery enough. So much tugging was required, it became dangerous. We went to buy some shiny curtain cord, testing it furtively in the shop to check its strength. Anyhow, here it is, finally finished - not too bad in the end: 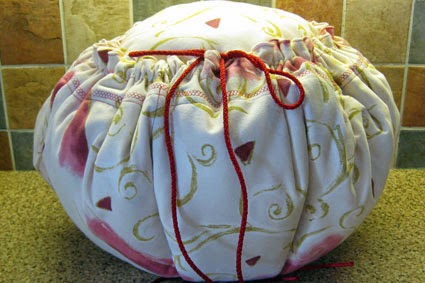 And with two second-hand toggles to finish off the cord, once it had been oversewn and knotted: 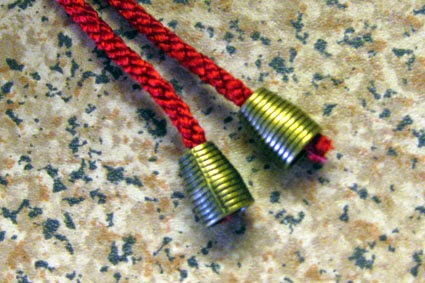 Next time, I'll show you my trial cooking results!