Pillows and the store cupboard!

I am the princess and the pea where mattresses are concerned and similar when it comes to pillows. It is just as well I don't really drink or smoke as I need extra money to constantly replace pillows:)

The problem is, manufacturer's just don't seem to stick with making things in the same way over the years. I try to use Fogarty medium firm but for a few years couldn't find any locally. Then I found some on line so ordered a twin pack.

Obviously my body has changed over the years as they were a little too firm to sleep on straight away. However, after a few weeks in the lounge being used for my back one of them was just right. More unfortunately after just 6 - 8 weeks it had a nice head shape in the middle and was getting too flat.

I always shake pillows and normally, you can jiggle them back into shake - not this one. In the end I cut it open to see just what was inside - want a peek?: 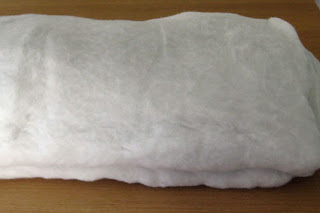 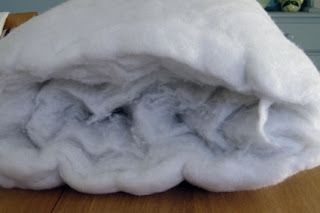 Now, I don't know about you but I reckon it is similar to a duvet, that has been rolled up and stuffed inside a case. No wonder I couldn't jiggle it back into shape:(

Anyway, we had also recently bought two box shape pillows in a recent sale. The cotton covering on these are so thick that it doesn't let the air out and they couldn't be used how they came, by either of us.

Taking courage from opening up the Fogarty one,  I did the same to one of the box ones. No picture here but inside is justs lots and lots of loose stuffing, similar to what you would buy to stuff a toy. That's more like it thought I, as it was used to restuff the casing from the Fogarty pillow.

It was temporarily sewn up by hand to be tried out. Unfortunately it is a little high so a few days behind my back on the settee should flatten it just enough - hopefully.

Our use of £30 a week food and toiletry money is still okay. If we have a bit left over, we use it to either get in some Christmas things or top up our spare food cupboard. So far so good:

Third shelf down (as the jam and pickle cupboard above this is full) are two jars of Delia Smith's mincement, which was made a few days ago, using half the recipe: 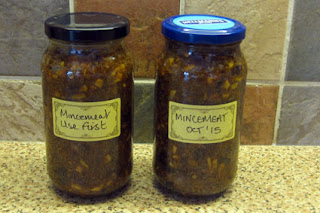 I did make a slight error in that we used eating rather than cooking apples which made it far too sweet for us. So I added about 4 oranges worth of frozen orange zest which balanced it more to our tastes. I must remember to lower the amount of sugar if using eating apples!

Email ThisBlogThis!Share to TwitterShare to FacebookShare to Pinterest
Labels: Food, Make do and mend, Preserving