This jigsaw took longer than anticipated, almost a week. It had so many patches of colours very similar to each other. Also, it was extremely easy, to get things in the wrong places without realising until a lot later on: 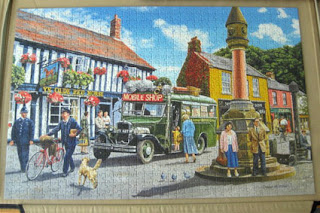 Well, it looks like the birthday card for Ruby's sister and the anniversary card for her parents, got lost in the post. Bummer!

We have postponed our holiday until next year - again. It was just too close to us all being able to share a house plus, we doubted if much would be open.

On top of that, if anything happens during each phased release from the coronavirus restrictions, it wouldn't be viable anyway. Hey ho!