I thawed the mutton neck fillet the other day, that was bought from the Farmers Market at Swaffham.
It was minced along with one onion and fried in the pan to remove as much fat as possible. 3 large carrots, 2 tins of tomatoes, 2 stock cubes, 1 pepper and a few frozen mushrooms were added along with some fresh herbs and dried basil.

Whilst that was finishing, I boiled a whole packet of spaghetti so we could make up some for the freezer as well as for lunch. Everything then went into a large mixing bowl: 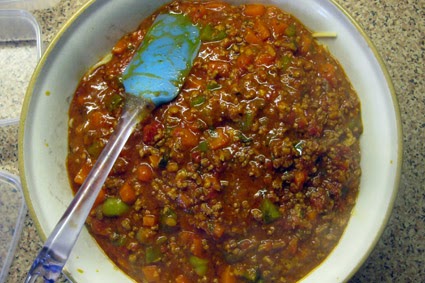 Once mixed together, we had some for lunch and the rest was divided between 5 tubs for the freezer: 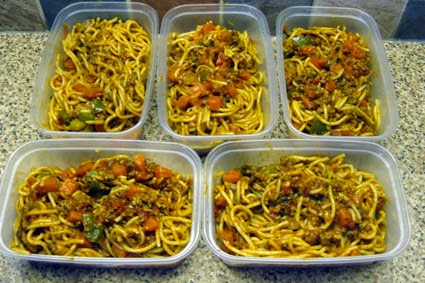 When cooled, the lids were put on, name, dates etc. written on before they went into the freezer: 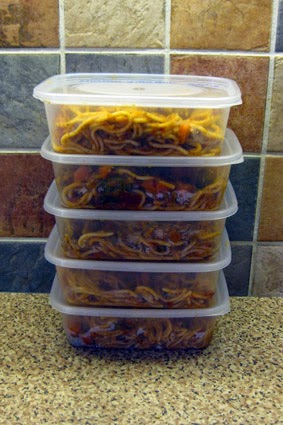 I also took the opportunity whilst in cooking mode, to make some date slices. Unfortunately, the pan I chose was a little large so they are more like date crumble slices - recipe here: 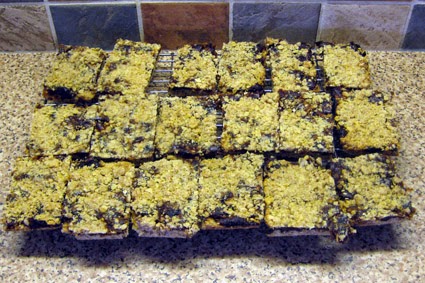 3 packets, each containing 4 slices were put into the freezer as well. I get a great sense of achievement from batch cooking:)