Demise of my jumper...

I freely admit to not being a very good knitter, especially with complicated patterns. Only being able to do 2 long lines of knitting at a time before my thumb gives outs just compounds the situation.
It has taken me literally months to get to this stage: 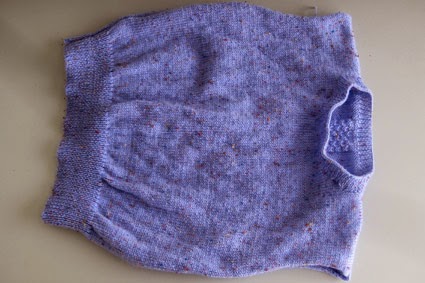 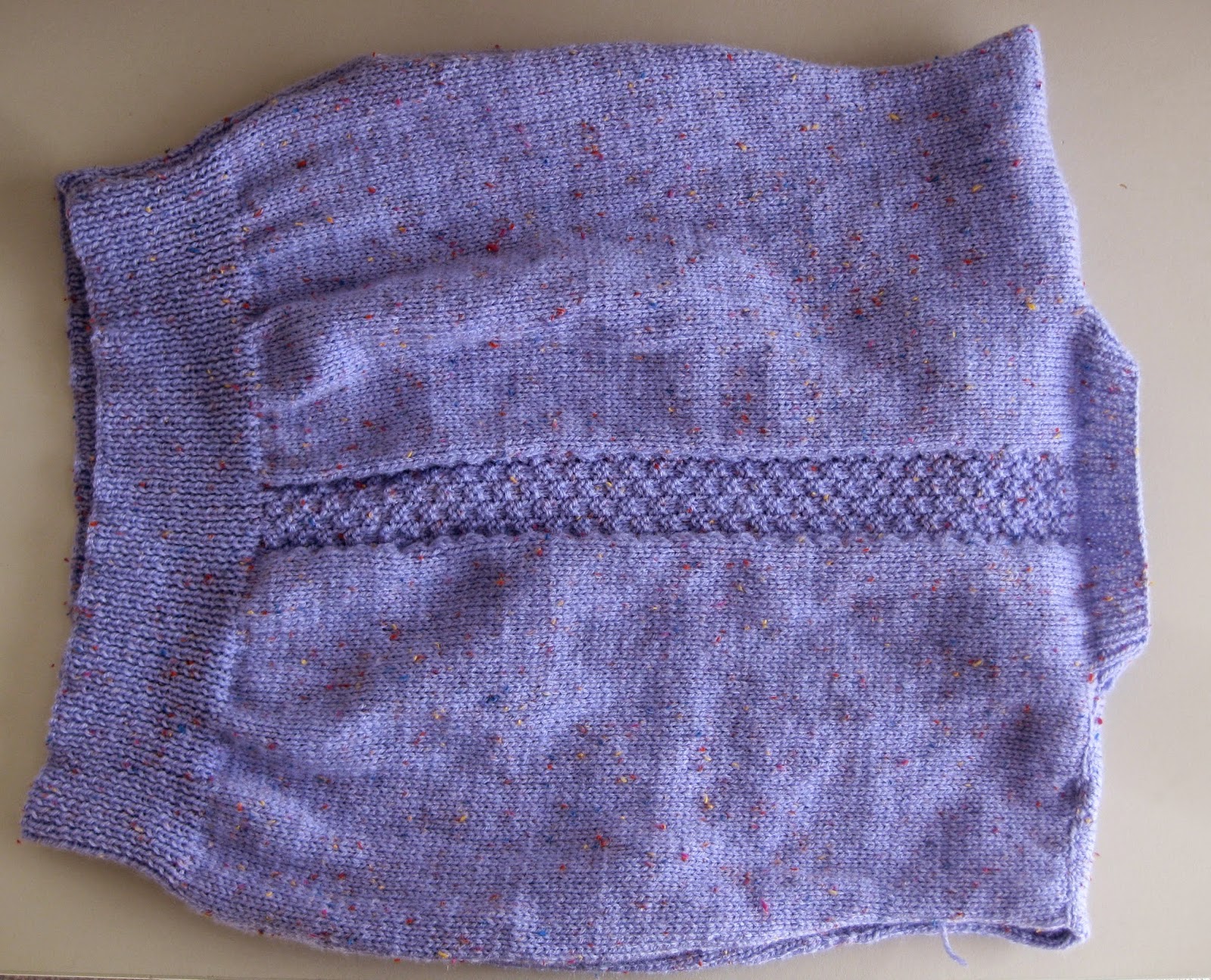 Can you see the most obvious problem?

That's right, the pattern is on the back rather than the front. It has been adapted from a WWII very complicated pattern which I just could not do. I decided in the end just to do a 12 stitch double moss pattern on what I thought was the front!!!

On top of that, it is too wide at the top and too short. I knew it would be a bit short as it is meant to finish at the waist but it is at least 2" too short. You would not believe how much cursing went on just to pick up the stitches for the neck so I had already decided to crochet the arm-holes!

Anyhow, it is uncomfortable to wear and just plain wrong but not to be out done by my own stupidity, it will get turned into a cushion cover or some such thing - some day...

At least it only cost just under £5 to make as the acrylic "wool" was on special offer. Think I'll stick to dish-clothes now or learn to crochet basic squares. I remember my sister making some sort of over jumper with crochet squares - I think.

Have a lovely weekend everyone.