We misread this, thinking it was only Sunday! Off we went over to King's Lynn on Sunday morning for a quick visit (Davis Cup shortly after noon!). Finally managed to get to see the underground shelter on the Tuesday Market Place: 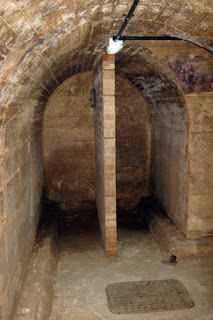 The above pictures shows one of the numerous toilets. I am assuming they were probably just buckets, newspaper and hopefully a curtain for privacy? One of very few shots of us walking around that came out, even with a flash! 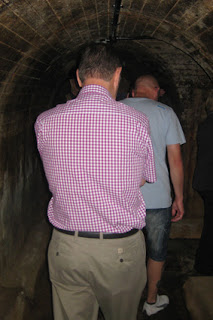 Once outside we visted the marquee where entertainment and refreshments were being served. They also had one or two stalls there. Outside were Dad's Army: 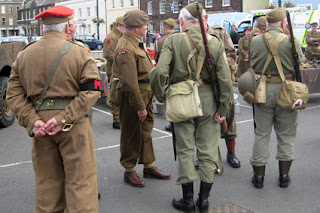 Some workers walking past a 'pretend' Spitfire: 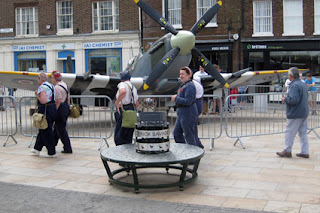 There were a few cars. We liked this one: 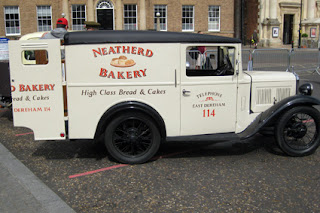 Complete with a few baked goods: 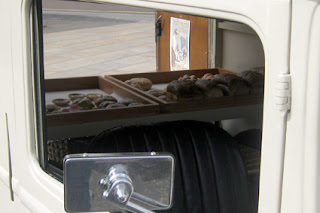 There was also an Anderson Shelter: 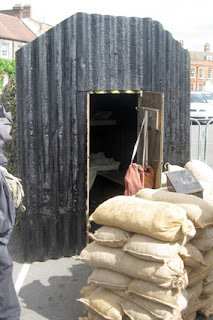 There were other events happening around town. In the Town Hall you could lie in a Morrison Shelter like the one here
There was also singing and dancing going on on the Quayside and a tea dance was proposed for the afternoon.

As I said at the start, we didn't stay long as we wanted to get back to watch the final one or two singles matches of the David Cup.