How to make your own yoghurt

First of all, greetings to my 2 new followers, Rose H. and Michelle. Welcome aboard the Norfolk Frugal express.

As I needed to make some more, (beginning yesterday Thursday) herewith the instructions and photographs.

First, set your oven to 100 Celsius and sterilize everything you are going to use for 10 minutes (if its able to go in if not put things in boiling water) once its up to temperature.

I put in my pan, whisk, spoon and storage jar – which is the only thing left in when this photograph was taken! 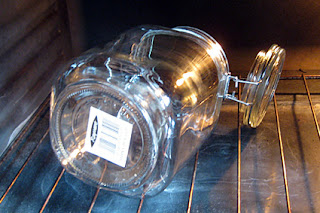 Put 1.4 litres of milk (any kind) into your pan, whisk in 2 rounded tablespoons of milk powder (I use Marvel), clip on a thermometer and bring the milk up to 90 Celsius – DO NOT LET IT BOIL! 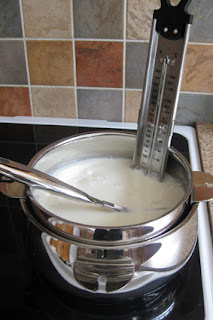 If you are going to stir it, try not to bring up any brown bits of milk from the bottom of the pan as it cooks.

The first time I made yoghurt I did it direct on the stove top, this time, I made myself a double boiler. I reckon if you have a digital thermometer you could bring your milk up to temperature in the microwave – it would be a lot quicker – again, DO NOT LET IT BOIL!

When the milk reaches 90 Celsius, remove from the heat and float the pan in cold water, leaving the thermometer in place. SWITCH OFF AND REMOVE JAR FROM OVEN.

Stir milk carefully to help bring it down to 40 Celsius. Keep a close eye on it as it reduces temperature very quickly. Remove jar from oven just before it gets to 40C. As it gets near to 40, remove from water. Carefully whisk in 2 rounded tablespoons of live yoghurt (you can use some of your own here but I don't yet know how long it stays alive!). Remember not to scrape the bottom of the pan.

Make sure your jar is not too warm, it should be warm to the touch but not boiling hot. Pour milk into the jar, put on the lid. 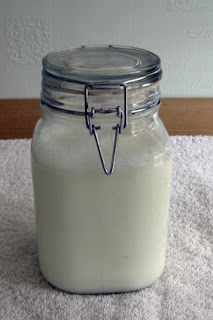 Wrap your jar in a large towel then put it into an insulated bag. 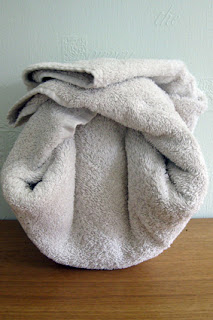 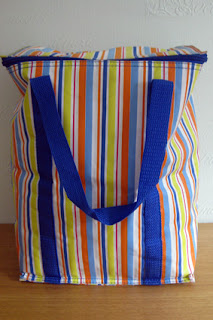 If there is too much of a gap around the towel, put another one in to fill up your bag. The first time I made yoghurt, I wrapped it in two towels then left it in a waste paper basket, in my living room but out of direct sunlight.

Rhonda says it should take between 6 and 10 hours but I leave it alone until the next morning. Then you remove it from the container, unwrap it and all being well you should have yoghurt which you can store in your fridge for up to two weeks (ours doesn't last that long it is that nice).

This morning I unwrapped it and here it is, 1.4 litres, set as usual. 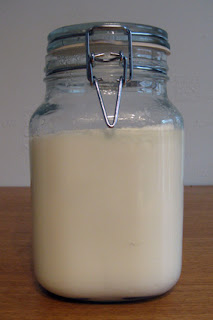 Really pleased as this was my first attempt using some of our previously made yoghurt as the starter. The whey? starts to form as soon as it is ready. When I drain it off I use it in baking. I'll also strain half of it overnight through a sieve and cheesecloth to make some yummy extra thick yoghurt.